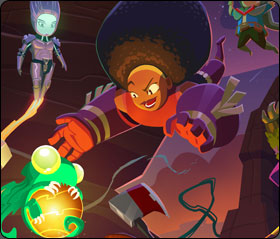 PLANO, TEXAS (August 23, 2017) – KingsIsle® Entertainment released a new update to EverClicker™ where now you can join and create guilds to chat with friends and earn big prizes by participating in weekly guild events.

During the first levels of play, you will be shown how to create your own guild or join an existing guild. Then you and up to 25 guild members can work together to earn weekly rewards by defeating the evil Star-Devourer or completing multi-player time gates.

“We’re thrilled about this expansion of gameplay in EverClicker,” noted Scott Kiraly, Design Director for KingsIsle Entertainment. “The Guild system, along with the ability to chat with your guild mates, adds a new level of cooperation, competition and rewards while being a part of a big group of friends.”

Two exciting pets, also new in this update, are available to help you and your misfit band of heroes through the EverVerse. The EverDrake increases gold you earn and has its own Hero Power, whereas the Polar Bear Cub named “PolarPaws” can literally “pause” time gate and boss timers to give you a winning edge.

EverClicker is now available worldwide from the following app stores: 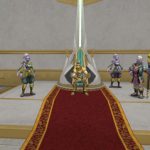 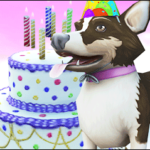