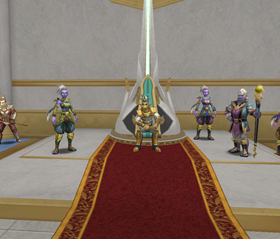 Conflict Looms in the Thrilling Conclusion to the Third Story Arc

AUSTIN, Texas, November 8, 2018 – KingsIsle® Entertainment, a proven MMO hitmaker that is bringing its unique vision to mobile games, invites players to experience the Wizard101 world update, Empyrea Part Two. The final chapter in the third story arc, “In Raven’s Shadow,” involves Mellori the Raven-child who struggles to hang on to life while Bartleby is withering. The entire universe may be lost as collateral damage.

This expansive world is filled with new quests, gear, weapons, crafting recipes, pets, and the exciting new mini-game, Whirlyburly. In this 3-player game, wizards compete to earn the most points by capturing spaces, chests, and opposing pieces. A bird’s eye view of the vast world is available in this new trailer:

“With Empryea Part Two, there were so many places we wanted to go and twists to unravel in the story. We are rewarding players in the very first scene, showing them something they have never seen before,” said Craig Beers, Vice President of Product  Management. “While this story arc comes to an end, the game has never been more alive with big moments, features and quests that keep players coming back for more.”

To save the Spiral, the Wizard must embrace an ancient destiny, fight the evil schemes of Shadow, and venture to the farthest reaches of Empyrea… and beyond! All the while, the final conflict between Grandmother Raven and Grandfather Spider looms, threatening to destroy all of creation.

Can the remaining two Paradox Chains be saved? Can the Wizard really hope to stand in the way of not one but two cosmic forces? Can Order and Chaos be reconciled? Players will find out in this exciting conclusion to the Empyrea story and third arc of Wizard101!

Featuring quadruple the amount of content since it was first introduced in 2008, Wizard101 players keep coming back for the engaging story-driven gameplay across 14 worlds, deep combat, pet systems, and passionate community. In celebrating the 10th anniversary this year, the development team has delivered in a big way by rolling out new character customization options, an in-game photo system, a redesigned, more vibrant Wizard City, new story content, and more. This 10 year milestone not only marks the start of a new story arc for millions of active Wizard101 players, but it also coincides with a new access option for gamers on Steam.

For the latest updates, go behind the scenes with the 10th anniversary KI Live video series on its YouTube channel. New updates and offers are also available on https://www.wizard101.com. 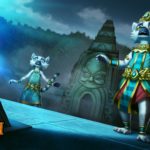